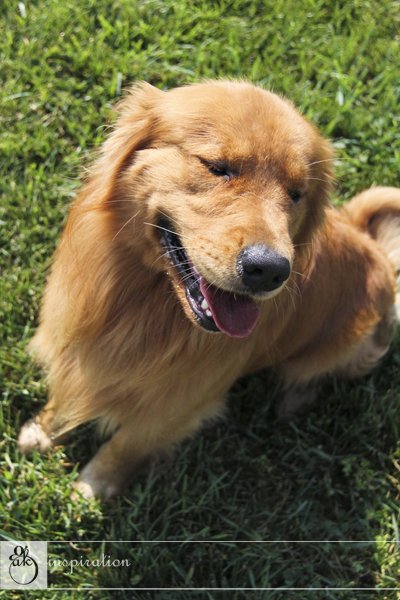 A happy dog and a half and one of the best Goldens I have trained. 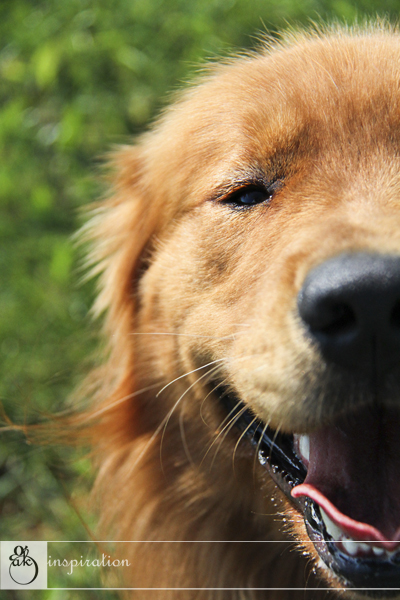 Not to mention I love his color (yeah I probably am biased to red/rust).  That is a lot for me to admit as usually Goldens rate up there with my least favorite to train.  Now before you jump all over me for that, just understand where I come from.  I know there are tons of perfectly lovely Goldens out there,  but as a whole I feel the breed is hardly what it used to be train-ability, temperament, and health wise.  And according to recent studies Goldens and labs are right at the top for bite cases, but there are all kinds of factors that go into that and we won’t go there.  Anyway, usually if we have a golden coming in for training it’s pretty much due to it being a handful-and-a-half for the owners, and not usually a shining star example of the breed.  Mickey was a bit of an exception to this rule.

To be honest when I got the training lead on him for his first session with me I quickly began to wonder why they had even brought him in.  He was such an easy fix I had to quickly up the game and throw distractions in to make it a challenge for him.  He was a joy to work with, Mickey was a nice change from the typical Goldens I have had to train.  As a whole he is smart, has a great desire to please, very trainable, sensitive, level-headed, decently laid back, and rather mature considering he is a 2 year old intact male.  The areas he largely needed work was leash walking and greeting people.  The leash stuff came very quickly to him, he is a follower by nature through and through and happy to be so.  This was further confirmed when they first began to come in and work with him,  he kept checking over to me and wanting to pull over to me.  I always take that as a good sign that the work I have done with them is sound, having gained his respect and trust, and has been a good fit for that particular dog.  He made leaps and bounds when it came to greeting people, and I think given the proper help will continue to improve in this area.  When dogs leave here it’s usually due to the work with us being done, including the training up of the people (the harder job IMO), and it’s time for the owners to carry on what we’ve done and continue to build on it.  To be honest Mickey was pretty much finished with me within a couple days, it was just repetition for him to offset any drop in standards when his owners became handlers.  There really is nothing negative I can say about Mickey, he pretty much did all I asked, he has the potential to be a really phenomenal dog, I hope his owners set the bar high and make him be so. Now since I don’t have much else to say about him… on to more photos. 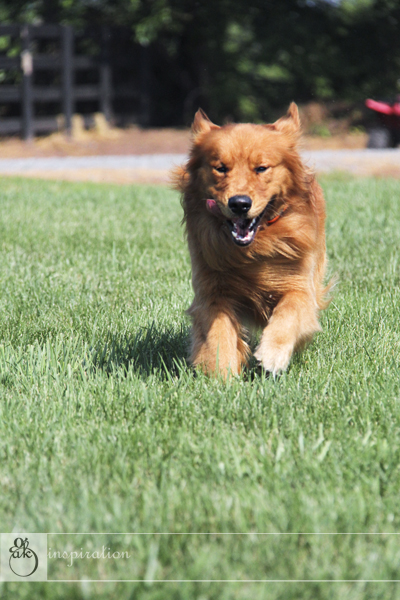 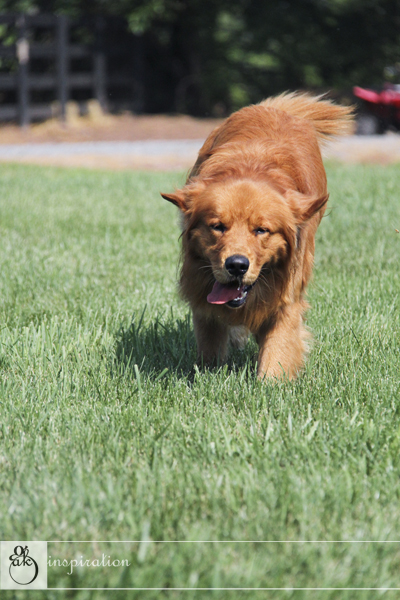 (His ears crack me up in this one) 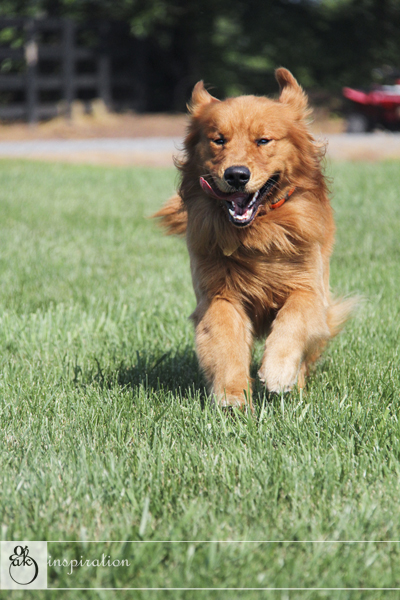 I want the joy on Mickey’s face to be an example of how great the e-collar can be for off leash work/running, when done properly of course.  He had a blast running around the yard, and I feel these photos really show it.  Since working here I have not run into a single dog that has not taken to the e-collar, from the Dachshunds and Maltese to Goldens and great danes, when introduced properly they are a fantastic tool.  But I am also fully aware the used improperly and simply as “correction” not “communication” dogs can be ruined.  I’m happy to say that has yet to happen to any of the dogs I have conditioned to the e-collar.  But I will move on before I get anybody too hot and bothered. 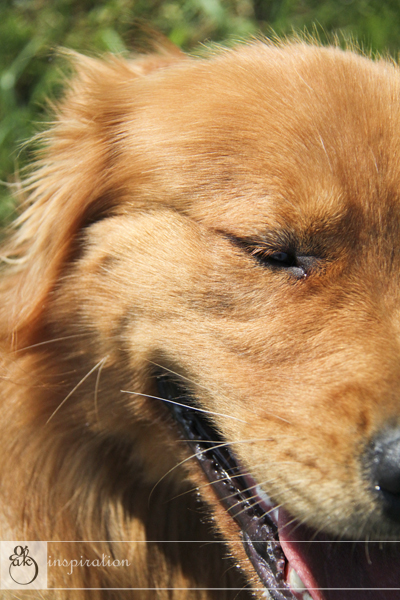 Still working on perfecting these half portraits… so much of it just depends on the type of dog. 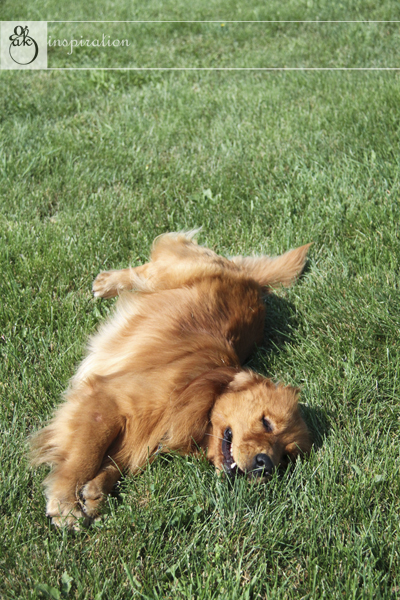 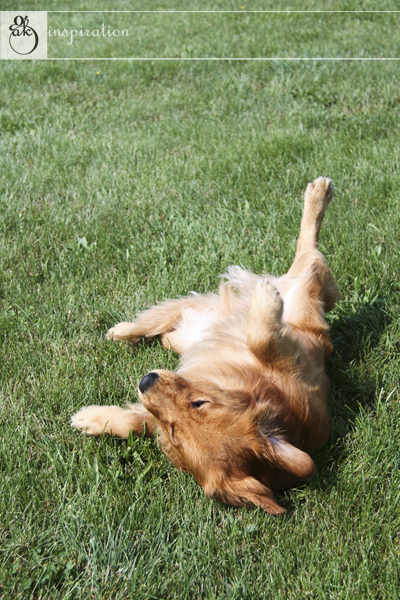 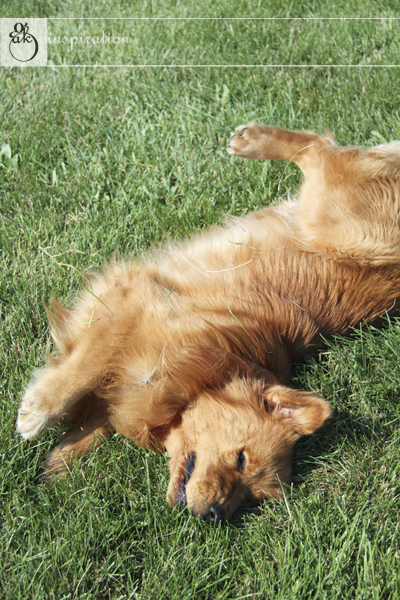 Can’t stop a Golden from a good roll in the grass, and if there is snow on the ground they love it even more.  And last but not least my favorite picture of him. 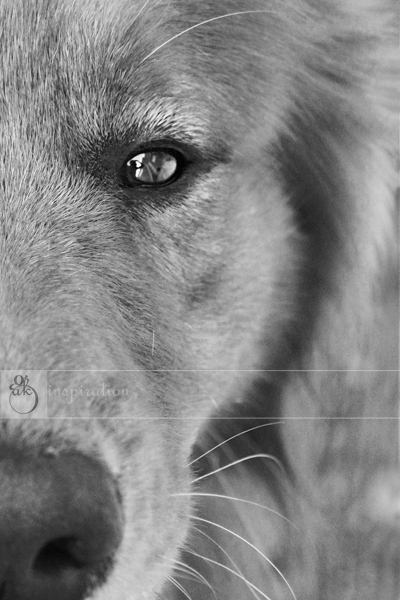 I am thrilled with this shot, and that does not happen very often. I may even get it printed, or submit it somewhere, you like it as much as I do? What is your favorite?  Speaking of likes and favorites…

Did you know AKG Inspiration is on Facebook?  Still working on integrating things, but feel free to surf on over and like us.  You may be privy to sneak peaks and photos I don’t get to posting on here.  And they don’t all have to do with Luna’s blog either 😉

I am a native of Virginia but recently relocated to Maryland I often feel I am simply a visitor... here to take note of little things people often pass by... I enjoy photography, family, the outdoors, reading, my vizsla... etc etc
View all posts by Anna →
This entry was posted in Animals, Dogs, photography and tagged Black and white, dog, dog behavior, dog training, Golden Retriever, pet, photography, portrait. Bookmark the permalink.