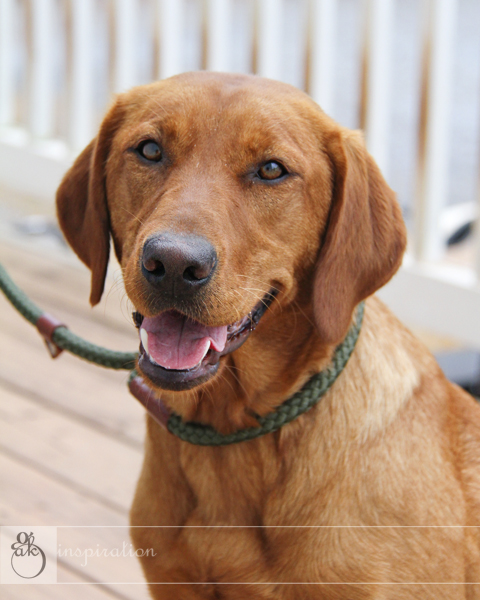 You all probably already know Juneau, this is Wyatt’s full sister.  They look quite different eh? I don’t know the last time I shared images of her, so I thought I would show you some of her all grown up.  They are almost a year and a half old now, she is still pretty small, probably not much bigger than Luna as far as height goes.  Totally different personality thank Wyatt too, but I can’t say how much of that is simply a product of her environment as we did not raise her.

She did not want to pose for us.  My boss was looking for a shot for her service dog card, I don’t think this one would be appropriate 😉

Most had her mouth open and looking up at Dan, so those wouldn’t work either… I tried tossing things to get her attention but then she broke her sit… in the end we got a couple nice shots.

Both her and Wyatt have an interesting look when it comes to typical labness… Juneau is as red as my boss’ Vizslas but not Luna, still way darker than most labs.  Some call this a Red Fox Lab, he just likes to breed for the darker color as he feels the temperament is better (personally I prefer Wyatt’s temp, but I’m probably biased)

I really should make a point to take more portraits/photos in general of the boss’ dog, they usually just won’t comply as easily as my two do.  Wyatt will sit on his own if he thinks you might have something for him to eat, play with, fetch so it makes it easy.

Also as promised on Friday before it turned into the end of a rain-filled-crazy week, here is the Humus Recipe as promised. 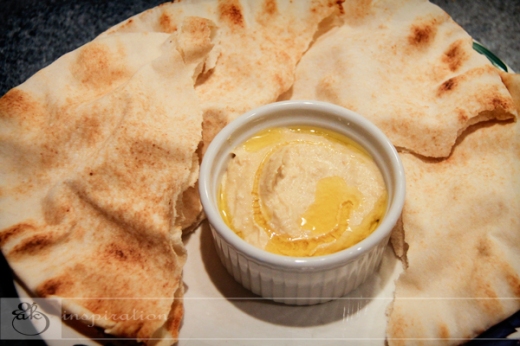 Juice of 1/2 Lemon (I estimate this, I like quite a bit of lemon in my Humus)

2-? cloves of garlic (totally your call, I love garlic and have put 6 cloves in sometimes)

Drain 1 can of Chick Peas and place in blender, dump 2nd entire can into blender. Mince garlic and add to blender.  Add remaining ingredients and blend until smooth.

It’s that easy friends, cheaper and tastier than store bought.  And it keeps for a long time in the fridge.

Happy weekend to all

I am a native of Virginia but recently relocated to Maryland I often feel I am simply a visitor... here to take note of little things people often pass by... I enjoy photography, family, the outdoors, reading, my vizsla... etc etc
View all posts by Anna →
This entry was posted in Animals, Dogs, Food, photography and tagged dog, dog behavior, foodie, humus, kitchen, lab, pet, puppy, red lab. Bookmark the permalink.